The decision to de-sex is one of the most significant aspects of pet care an owner can provide. De-sexing is a surgical procedure performed by a registered veterinarian to sterilise male and female cats. After this procedure is performed the animal will no longer have a season or fall pregnant. This is permanent and the procedure cannot be reversed. De-sexing is ideally performed while the cat is still a kitten and if female, prior to their first heat cycle.
When a female cat is de-sexed it is referred to as spaying and involves the removal of the uterus and ovaries. Despite being considered a routine surgery for veterinarians, it is a major surgery and usually requires hospitalisation.

When is the right time?

Traditionally, vets have recommended that cats and dogs are desexed between about 5½ and 6 months of age. But over the past decade, desexing at an earlier age (from eight weeks onwards) has become more common. This is known as early-age desexing or EAD. Pets Haven has been desexing kittens and puppies in its shelters at this earlier age for many years, and based on this experience and the cumulation of considerable scientific evidence, Pets Haven considers EAD to be a safe and effective strategy for the wider community to prevent unplanned/unwanted litters in cats and dogs. In addition to helping to prevent unwanted pregnancy, EAD can offer significant animal welfare benefits when compared to traditional age desexing. Desexing surgery is faster and easier when carried out on younger patients as their anatomical structures are less developed. There is less tissue trauma and less tissue handling involved, the surgery incision site is smaller, and bleeding is reduced and minimal. It also takes less time to prepare the animals for EAD surgery which means less time under general anaesthesia. The anaesthetic recovery and wound healing times are also shorter, providing further animal welfare benefits. EAD significantly reduces the risk of mammary cancer in both dogs and cats. These benefits are in addition to all of the commonly accepted benefits associated with general desexing, such as a reduction in wandering/roaming and undesirable sexual behaviours such as mounting and urine spraying.

Why Desex your cat?

Cats are prolific breeders. One pair of un-desexed cats can produce a mind blowing number of kittens, an estimated 420,000 over a 7-year period if the kittens aren’t desexed either! There are estimated to be around 3.3 million cats in Victoria and every year hundreds of thousands are left abandoned at shelters or outside on the streets to face and un-certain future.

What are the health benefits?

Of course with desexing, comes the health benefits creating a much happier relationship between you and your much loved feline. Research has shown that desexed cats can live a much longer healthier life, as removing the reproductive organs helps minimize the risk of life threatening cancers such as testicular, mammary and ovarian. It can also benefit with unwanted behaviors, A female cat with repetitive heat cycles tends to howl and become stressed during a mating cycle whilst male cats can be prone to roaming, spraying urine or becoming aggressive with other male cats.

With Zip Pay, it's easier than ever to find your perfect new fur-friend or to take care of those unexpected veterinary costs. 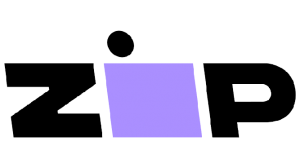